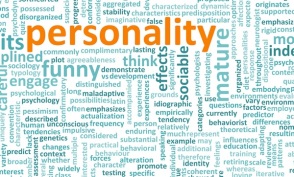 Everyone knows the right setting can anchor a novel and its characters, don’t they? If you have intimate knowledge of a place, the story will be richer, right?

I’ve been thinking lately that perhaps a better question to ask is, how does the setting make an author feel as he/she writes? In other words, how does the author connect with the setting emotionally regardless of whether or not he/she has intimate knowledge of the place?

Recently, I read a very good post in Women’s Fiction Writers written by Yona Zeldis McDonough titled, A Sense of Place.  In her view, the setting of a book can function very much like a character. I couldn’t agree more. She writes;

“To make that “character” come alive, you have to know it well—the sights, sounds and smells of a place, the nuances of the neighborhoods, the landmarks and the hidden spots that are off-the-beaten track.”

When I read this, I immediately knew exactly what she was saying. I understood those nuances, the smells and how they made me feel. Yet I can’t help but wonder how a character in a book comes into being. We might have an idea of their personality before that character is written. Perhaps we model the character after someone we know in our lives. Even if that’s the case, characters tend to evolve as we write the story. Their layers begin to unfold, often surprising writers. At least they do me. When I think I know them well, they turn a corner on me and something changes. Sometimes that change is minor and sometimes it can shift the storyline completely.

For me, personality, my personality comes into play here. Over the last half year, I have struggled with the issue of setting for my current novel. I knew that I wanted the story to encompass Canada and England. I have been drawn to the east coast of Canada since I was a child but have never actually been there. Of course, growing up in Canada, I was familiar with all the provinces. Prince Edward Island has always been on my to-do list and I was convinced that I should write a story that took place there. I’ve read countless books about PEI. Of course, Anne of Green Gables has special meaning, being set in a time period I love, in a place that I’ve imagined many times over, and a story revolving around the life of children. Being a teacher, I can relate intimately to all the bits and pieces of children that make such a story magical.

There are parts of the history of Prince Edward Island that I knew I wanted to encompass in my story, but the more I researched the more I started to see how the Maritime Provinces connected. In ways, a shared struggle and hardship they have endured through history and specifically in the time period of my novel. As I researched, I became more drawn to Newfoundland than I had expected. The pull was something I couldn’t ignore, leaving PEI ever so slightly in its wake. The idea of shifting my story to another province seemed altogether crazy, but somehow the idea grew on me. Fortunately, I was early enough into the writing to begin to play with the idea.

When I wrote The Particular Appeal of Gillian Pugsley, and learned that there were internment camps on the Isle of Man during WW2, I knew I needed to investigate this, since my gut feeling told me this would be the perfect setting for my character. What I found was something altogether unexpected. I was pulled there, to this small island in the middle of the Irish Sea. I was spellbound. All of this from pictures and books and copious research. I wrote that novel having never stepped foot on the Isle of Man, yet I felt a passion for it that was inexplicable. I knew, however, that I couldn’t release the book into the world without having been there. I wanted… No, I needed to prove to myself that those nuances and smells and feelings were real to me. Did I connect with the real island or was it all in my imagination?

What I found was something quite remarkable. When I arrived on the Isle of Man for the first time, during the editing process of my book, immediately, it felt as though I was coming home in ways. I felt instantly as though I knew the island intimately. I realized that through my research and writing, the character that the island had become in my novel had developed and grown. I had nurtured it and when it was time to meet the Isle of Man for the first time, it was as though I had met my twin, separated from birth but joined later in life. As I turned corners on the island, I knew what was there. Somehow I knew what to expect. I actually saw Gillian Pugsley walking down the pier to meet Christian as she does in my story—a ghost-like Gillian. Hard to explain perhaps except to say that it just felt right.

So the question still lingered, why? Why was I drawn to the Isle of Man? And why am I equally as drawn to Newfoundland? Landscape.

There is a similarity between Newfoundland and the British Isles—a rugged, brutish landscape, sensual, almost carnal, particularly the coastline. It is a landscape that makes me feel alive. This kind of beauty evokes feelings that at least this writer needs in order to write with passion and conviction. Prince Edward Island is known as a province with outstanding natural beauty, but the pastoral landscape was not captivating me quite like I thought it would. Strangely or not, the coastline of Newfoundland seems to mimic my personality. I haven’t been there yet I know it, just as I did with the Isle of Man.

So, isn’t it possible that if our personality resembles a setting, and after a great deal of research, we can as writers become familiar and even intimate with that setting? And if so, isn’t it possible that that setting can grow and function as a character even if we haven’t set foot there except in our imagination? After all, had Lewis Carroll intimate knowledge of his fantasy world of Wonderland prior to writing Alice’s Adventures in Wonderland? Probably not. What is likely, however, is that Wonderland mimicked a part of his personality. That can be argued no doubt. But I do tend to believe that personality comes into play when writers choose a setting. I believe some people would describe my personality as vibrant. I know I’m not shy and truth is, I rather like being noticed. I love to smile. I can even say I’m fiery at times. For me to choose a dull, lifeless setting would be a painful writing experience I’m sure.

I’ve always said, “Put me by the sea with crashing waves and I could write a book.” It’s true. My personality comes alive by the sea so why wouldn’t I want a setting there? It reminds me of my on-going love/hate relationship with Sweden. I’ve lived here for nearly two decades. I live ten minutes from the sea. In sunny, warm weather, I can think of nowhere else I’d rather be than floating in a boat in the west coast archipelago. But it’s more or less flat water kept in check by a series of rock islands. It’s truly beautiful when the sun shines but most of the time, the skies are grey and as drizzle fills the air, the water and islands sit lifeless to me. 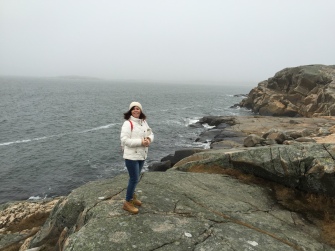 I know my husband, having grown up here, feels quite the opposite. It is paradise to him. I do understand and appreciate that. But I need movement. We had taken a walk on a small island called Amundön a couple of weeks ago. It was an unusually windy day and the sea was on my side this time. I was in heaven as we sat with a hot cup of tea on the rocks watching the waves crash against the rocks. Just the way I like it.

I don’t think many people would argue that setting is important to a novel, but I am curious if other writers also feel as I do; that a writer’s personality can be a factor in choosing a setting. The wavering I’ve experienced regarding setting with my current novel has finally settled into something that makes sense to me, that makes sense for me. If I feel passionate about my setting then surely it will show in my writing and ultimately draw my readers into the story and captivate them.

How does your setting match your personality?